As well as acing their workout schedule, pro-sportspeople at the top of their game need to constantly monitor their nutrition and hydration.

Turning in your best performance isn’t just about the physical training – eating and drinking right is essential to help sports professionals retain their edge. 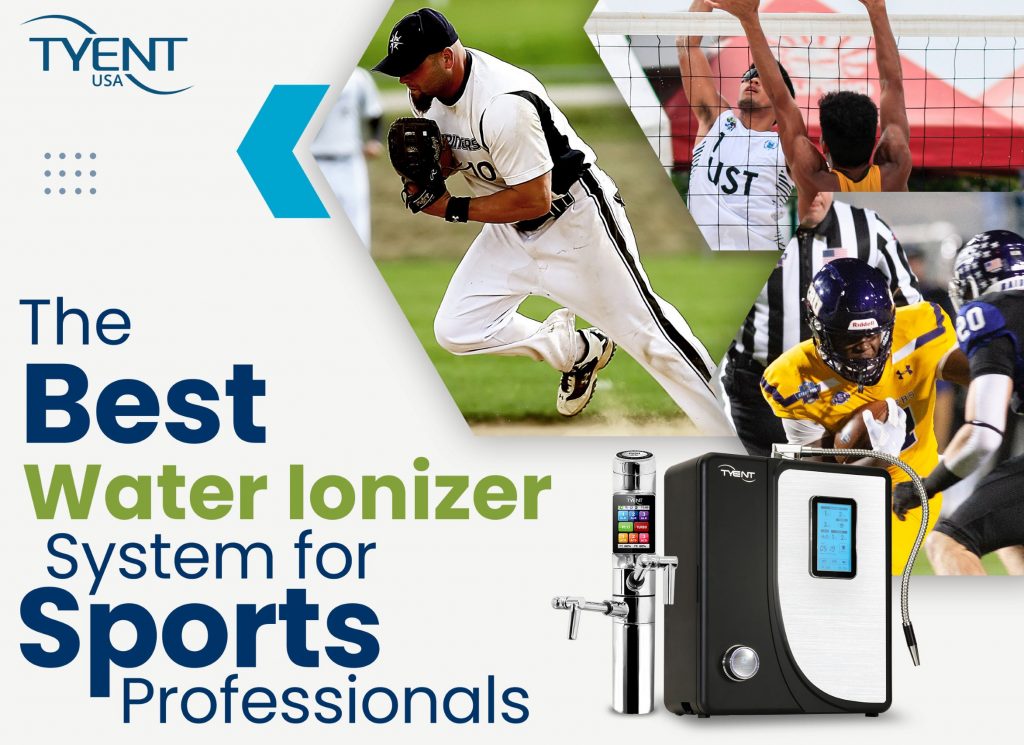 Which Water Ionizer Beats the Competition?

There are more water ionizers out there than ever before, but the gap between high-end, next-generation technology models and low-quality machines has become a gulf.

From a sports professional’s point of view – and anyone who likes to look and feel their energetic best every day – water that contains dissolved molecular hydrogen is the touchstone. Many water ionizers simply don’t produce it, and others …

A surfeit of information can lead to confusion. The internet is full of answers that only raise more questions. 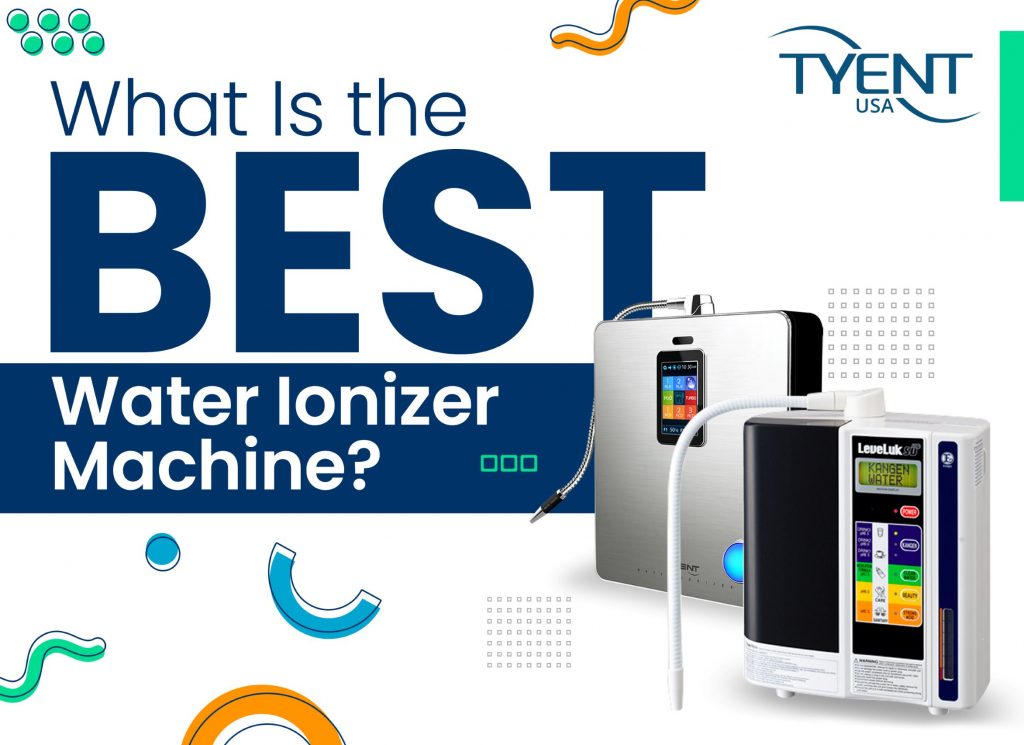 We’ll cut to the chase: Tyent water ionizers really are the best in the world. What’s more, we can prove it.

A water ionizer’s job is right there in its name. It ionizes water. But what does that really mean? 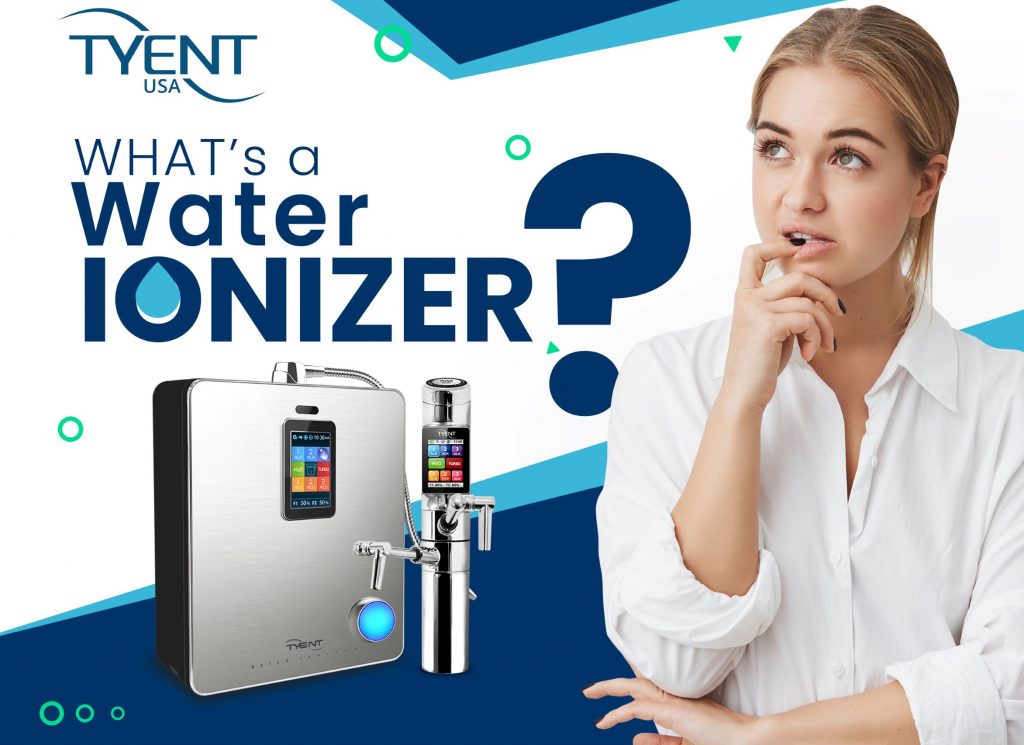 How Does a Water Ionizer Work?

Why is Acidic Water So Useful?

What is the Perfect Water Ionizer for Me?

How Does a Water Ionizer Work?

Let’s break it down a little. Your regular source water flows into the ionizer unit, where it is filtered and ionized by the process of electrolysis. This separates the water into two streams: alkaline and acidic water.

The result? Your water ionizer delivers glass after glass of perfectly ionized …

Not all water ionizers are chemical-free. In fact, some depend on chemicals in order to function. 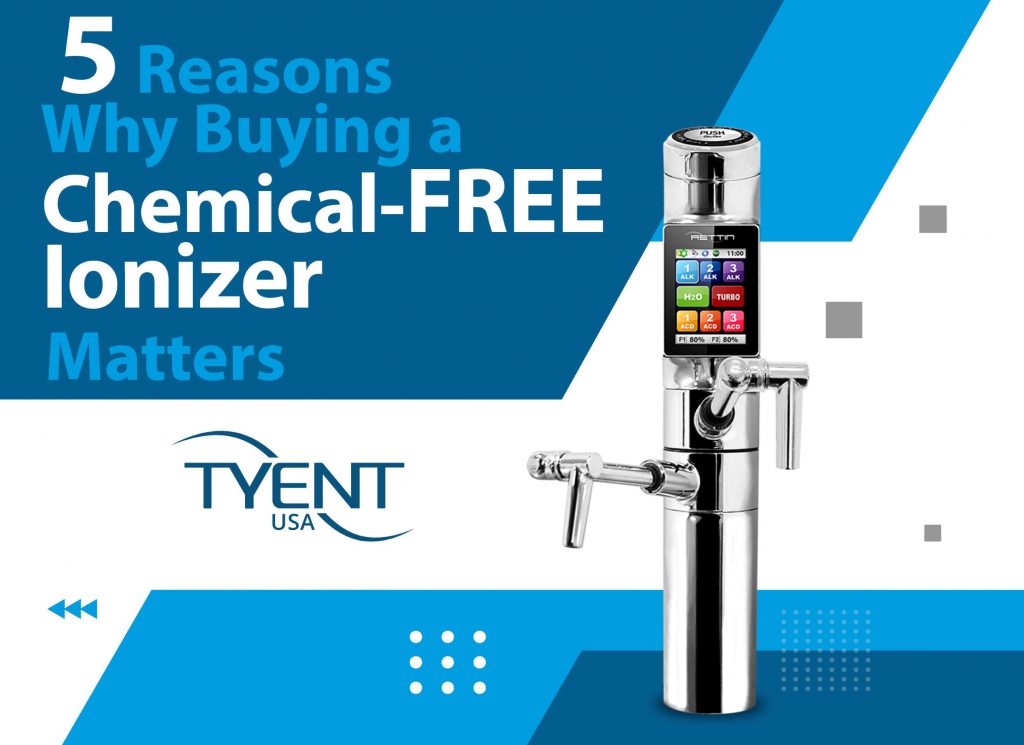 Why should you avoid chemical water ionizers and install a water ionizer machine that’s chemical-free? Let’s look at the issues here:

1. Water ionizers are designed to filter out undesirable contaminants – including drug …

At its simplest, the purpose of a water ionizer is straightforward. Water flows into a unit, where it receives a negative and positive electrical charge that separates the alkaline and acidic water. The alkaline water can then be dispensed, ready to drink.

However, within that simple explanation is room for a whole lot of diversity in terms of performance, power and next-generation technology.

In terms of groundbreaking innovation, Tyent water ionizers are some of the most advanced on the market. We launch more industry-first features than virtually all of our nearest competitors. 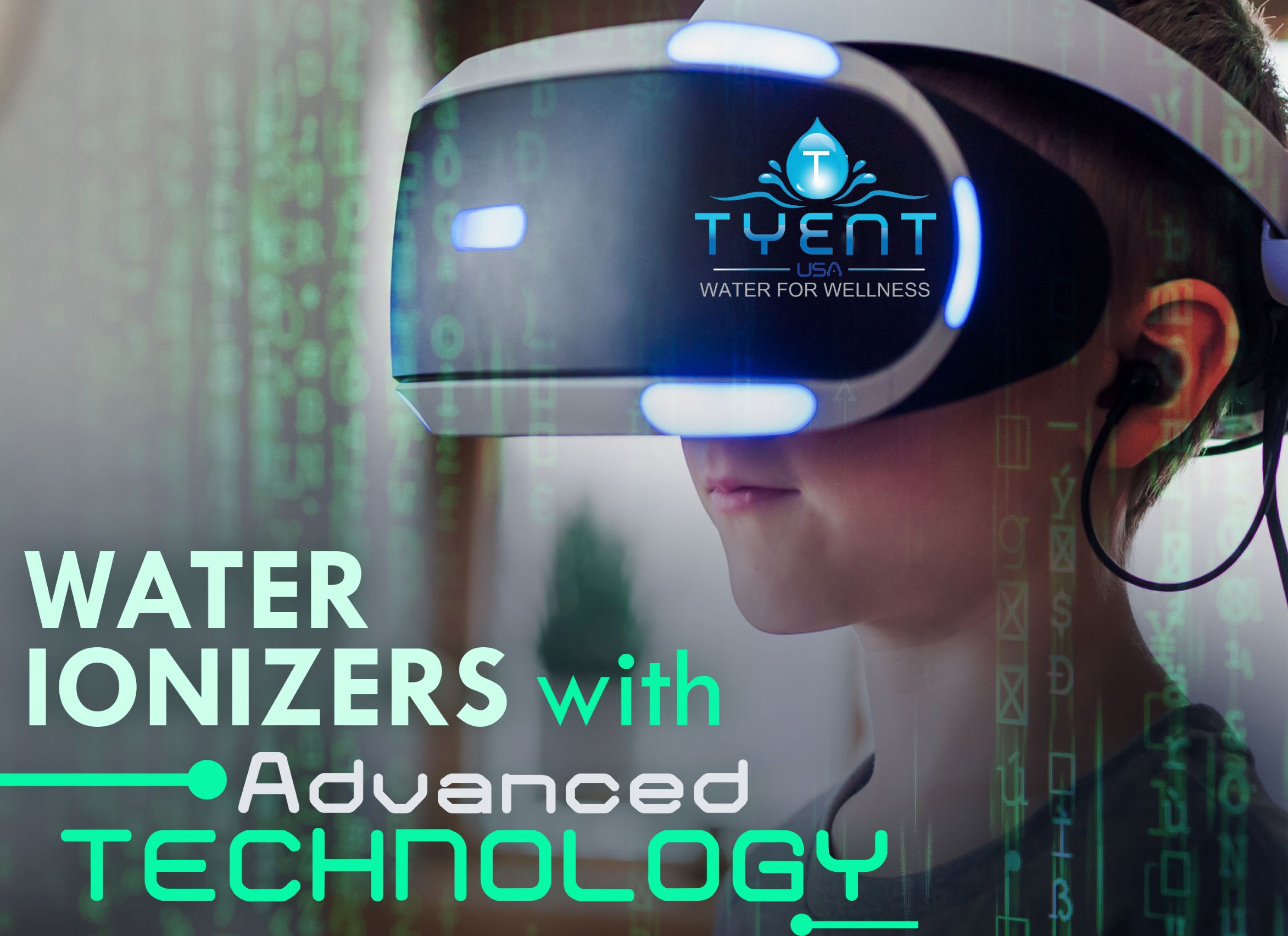 Check out some of the incredible features that you get with a Tyent Water ionizer:

We’ll come clean with you – there are more than 13 reasons to LOVE the ACE 13 Water Ionizer, but we like a bit of numerical alliteration, so let’s go!

1. Sure, style isn’t everything, but the way that a gadget looks in your kitchen DOES matter. After all, with a Tyent Lifetime Guarantee, the ACE-13 will be around for a long time! With a beautifully sleek, slimline design in genuine stainless steel, the ACE-13 will enhance any kitchen!

2. Along with those fabulous looks, the ACE-13 also boasts a vivid color, LCD smartphone-style touchscreen that comes with its own impressive features. The largest display screen in the industry is also the first that can be customized …

Remember those quizzes that you used to do in teen magazines as a kid? Via a series of incisive multiple-choice questions such as ‘do you prefer cookies or ice cream?’ – they would enlighten you as to the perfect boy/band/hairstyle/career for you.

Honestly? We were tempted to do this, but we’re not 13 years old anymore, and we’ve finally worked out which hairstyle suits us. So we’ve kept it simple. You know the kind of person you are, and we want to match you up with an awesome water ionizer!

Ever wondered which machine is the perfect one for you? Read on to find out! 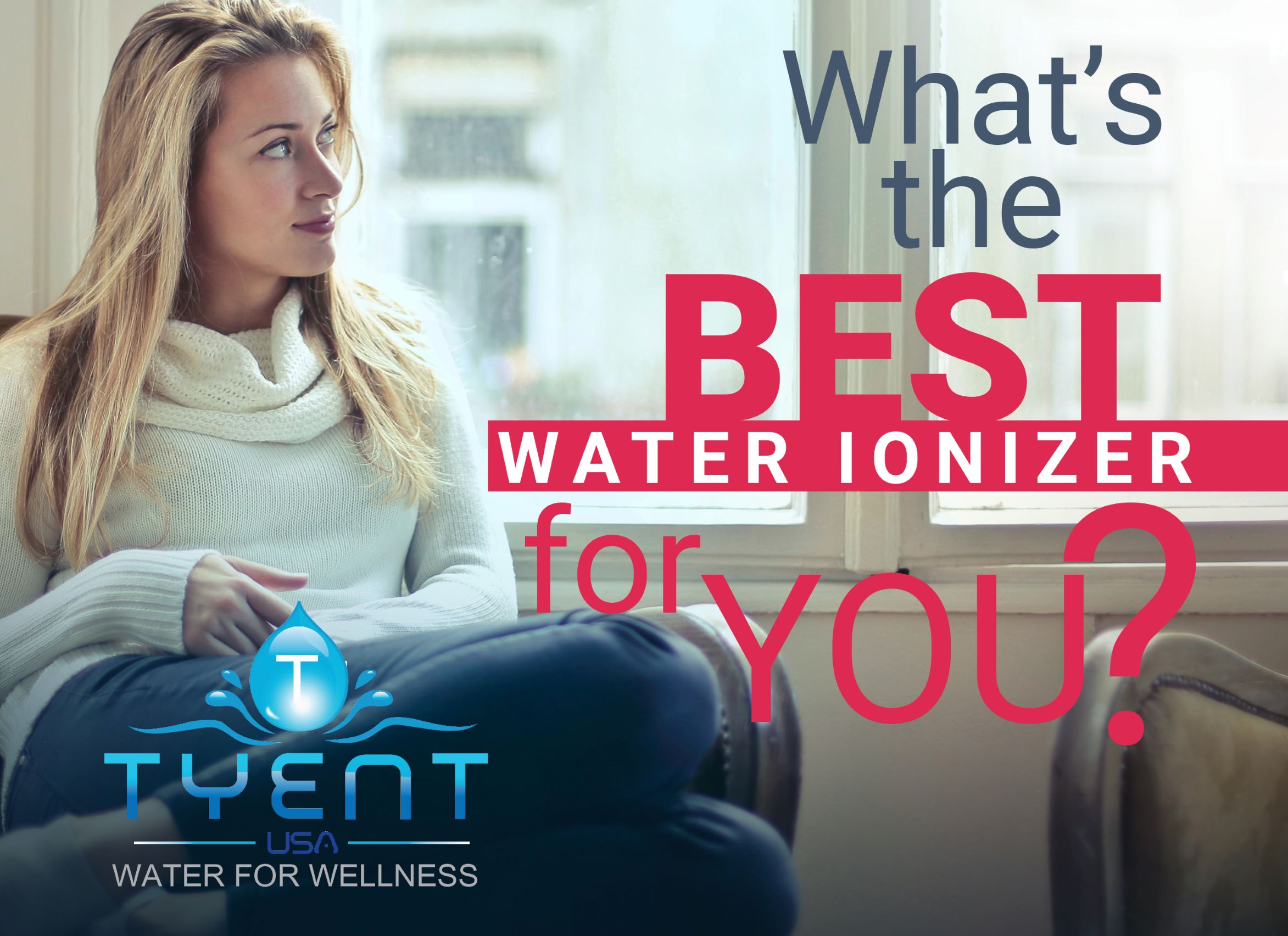 Are you usually the first of your social group …

An acronym for Intelligence Quotient, IQ is the most widely-used method of measuring intelligence, quantified as a number.

But what is intelligence? According to Professors Resing and Drenth, the co-authors of “What is Intelligence?” (2007):

“The whole of cognitive or intellectual abilities required to obtain knowledge, and to use that knowledge in a good way to solve problems that have a well-described goal and structure.”

Perhaps you know what your IQ is, or you’ve never felt the need to find out. 95% of us have an IQ between 70 and 130, with an average IQ sitting at 100. But here’s a thing: how high is your Water Ionizer IQ?

Chances are that you’ve never given this …

We want our families to be as healthy and safe as possible, but we also need to balance the monthly budget as well.

When we look at the cost of a water ionizer, and then compare it to the price of a bottle of water, all our good environmental intentions are at sudden risk of flying out of the window.

But here’s the thing: glass-by-glass, buying a water ionizer is the cheaper option in the longer term. You can even save money when you buy a water ionizer! Let’s look at how! 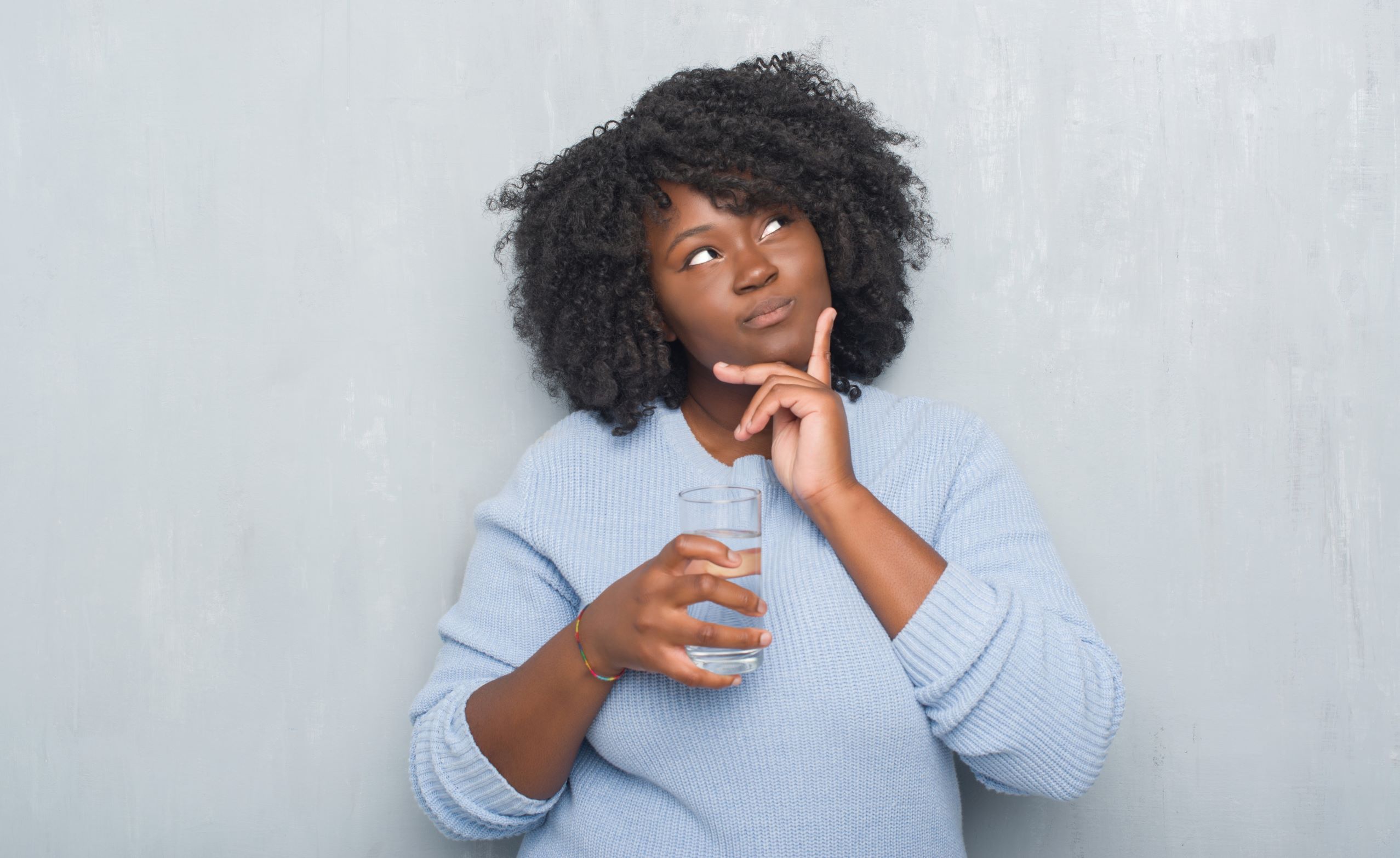 We know that in order to maintain good health, we need to drink around eight x 8-ounce glasses of water every day …

The Tyent Hybrid water ionizer is one of the most exciting launches in industry history. It’s the result of some of the most finely honed, superlative ionizer engineering in the world.

Can Any Other Water Ionizer Compare to The Hybrid?
What is Twin Cell Technology?
What Does Hydrogen Water Do?
Will The Hybrid Look Good in My Kitchen?

Can Any Other Water Ionizer Compare to The Hybrid?

When we say that no other water ionizer can compare to The Hybrid, we’re not kidding.

After all – it’s the FIRST EVER alkaline hydrogen hybrid ionizer.

WE ARE HERE FOR YOU

We have answers right now! Talk to Us...Your Way!